Kennedy/Jenks Consultants of San Diego received an Honor Award for its work on the EWA Energy & Emissions Strategic Plan – Alternative Fuels Receiving Facility (AFRF) in Carlsbad. The AFRF provides a local facility where private haulers of organic liquid waste such as fats, oils and grease can dispose of their collections. Once delivered to the AFRF, these materials are screened, stored and distributed to the existing anaerobic digesters where additional methane biogas can be produced and used to generate electricity, via existing internal combustion (IC) engines, and/or offset natural gas usage in the existing heat dryer. The addition of the AFRF has proven successful in redirecting 80,000 gallons per week of organic liquid waste collected in San Diego County to this local facility, thereby reducing hauling distances and greenhouse gas emissions. 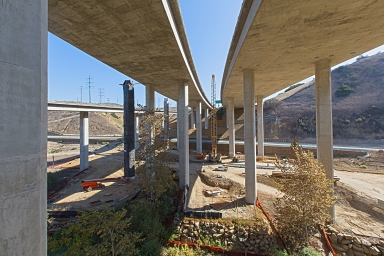 T.Y. Lin International of San Diego also received an Honor Award for its work on the I-805 Carroll Canyon Road and High Occupancy Vehicle (HOV) Extension in San Diego. The project involved the extension of Carroll Canyon Road under Interstate 805, the construction of new high occupancy vehicle lanes in each direction along the interstate highway from I-5 to Carroll Canyon Road, and the construction of a northbound Direct Access Ramp (DAR) from the Carroll Canyon Road Extension to the HOV lanes. The project was developed through a partnership with the California Department of Transportation, the Federal Highway Administration, the City of San Diego, and the Office of Bridge Design – South. Its critical component, I-805, is a vital north-south corridor that passes through the most densely-populated portion of the San Diego region, and averages close to 187,000 vehicles each day.

Merit Awards were given to the following firms in the greater San Diego area: 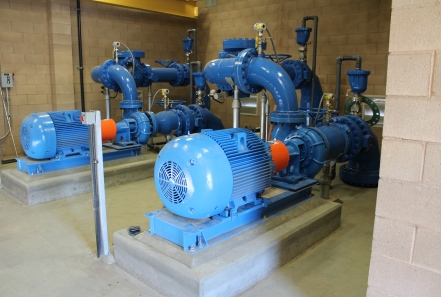 Infrastructure Engineering Corporation of Poway, for its work on the San Elijo Hills Pump Station in San Marcos.

Kleinfelder, Inc. of San Diego, for its work on the Main Street Bridge Over Murrieta Creek in Temecula. 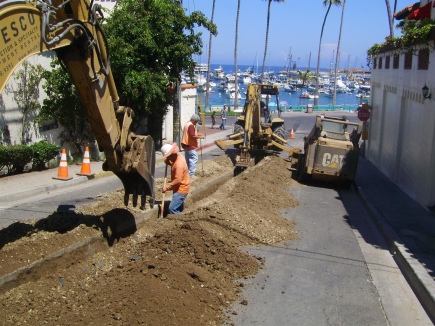 Michael Baker International of San Diego, for its work on the Sewer System Rehabilitation and Repair Program in Avalon.

An EEA awards dinner was held at the Hard Rock Café in San Diego, on January 28th, 2016, and Honor Award winning projects will have photographic panels on display at the Capitol, outside of the Governor’s office, during National Engineers Week in February 2016.

Because of their selection by ACEC California, Honor Award winners are eligible to enter the ACEC National level Engineering Excellence Awards competition, the banquet honoring national winners will be held on April 19, 2016.